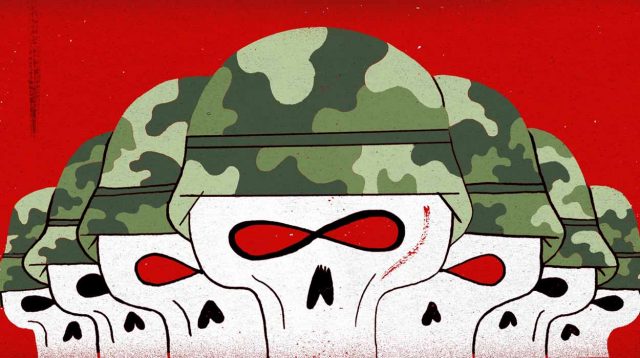 “The Struggle for Syria,” as Patrick Seale titled his 1965 classic, has escalated steadily since Britain seized the territory from Turkey in 1918. The British turned it over to France in 1920 and took it back from Vichy in 1942. Following nominal independence in 1946, Syria became a theater of Cold War rivalry between the United States and the Soviet Union. The stream of military coups between 1949 and 1970 concluded with the Hafez al-Assad putsch that left Syria in the Kremlin camp. Assad, however, proved anything but subservient to his superpower benefactor. The struggle for Syria continued in desultory fashion as Syria irritated Moscow by flirting with the U.S. in Lebanon and sending troops to support the American reconquista of Kuwait in 1991. The U.S. soon reverted to form, labeling Syria a “terrorist state” and condemning both its support for Hezbollah in Lebanon and its alliance with Iran. In 2011, the struggle became a war. The U.S. and Russia, as well as local hegemons, backed opposite sides, ensuring a balance of terror that has devastated the country and defies resolution.

The Russians, having lost Aden, Egypt, and Libya years earlier, backed their only client regime in the Arab world when it came under threat. The U.S. gave rhetorical and logistical support to rebels, raising false hopes — as it had done among the Hungarian patriots it left in the lurch in 1956 — that it would intervene with force to help them. Regional allies, namely Saudi Arabia, Qatar, and Turkey, were left to dispatch arms, money, and men, while disagreeing on objectives and strategy.

Christopher Phillips’s brilliant analysis of the factors fueling the Syria war is a refreshing contrast to works by most ostensible experts, who are partis pris, ill-informed, or both. With his new book, “The Battle for Syria: International Rivalry in the New Middle East,” published by Yale this month, Phillips joins a short list of writers, among them Joshua Landis, Patrick Cockburn, Fawaz Gerges, and the late Anthony Shadid, who have made original contributions to understanding the Syria war’s causes and consequences. “The Battle for Syria” makes a determined and successful stab at apportioning responsibility to all the countries whose lavish provision of weapons and money have prolonged the war far longer than Syria’s own resources would have permitted. The deaths of more than 500,000 and the dispossession of almost half of Syria’s estimated 22 million inhabitants testify to the lack of interest these outsiders have in Syria itself and the priority they place on their own competing goals.

“On the eve of civil war,” Phillips writes, “Syria and the Middle East appeared deceptively stable.” It turned out that the region was static rather than stable. Hints of imminent change were few, but not invisible. President Barack Obama intimated that the United States, like Britain 40 years before, was reducing its involvement in the region. America’s Iraq invasion, like the Suez fiasco for the British and French in 1956, had stretched American resources and made similar adventures less appealing. Obama admitted to a Cairo audience in 2009, “America does not presume to know what is best for everyone.” While this should have opened space for public participation in Arab governance, it instead left the impression of a vacuum to be filled.

Tunisia led the way, when popular demonstrations forced the exit of a Western-backed Arab head of state whose corruption and brutality were on a par with those of his colleagues elsewhere the Arab world. That success kindled hope that revolution was a viable option and made France in particular wary of further identification with untenable if hitherto compliant tyrants. The virus spread to other Arab countries, but it played out differently in every infected state. In Bahrain, the Saudis and the local royal family crushed the protestors. In Egypt, a dictator departed, the voters elected and then disowned a religious fanatic, and another military dictator restored the old order in a more vicious form. In Libya, unrest led to bloodshed and NATO intervention that replaced a dictatorship with virulent chaos.

Despite the failure of revolution everywhere but Tunisia, outside powers seized with alacrity on Syrian dissent to bring down a regime whose cardinal sin was its affiliation with Shiite Iran, Hezbollah, and Russia. While Syrian protestors sought relief from a security system that inhibited their basic rights, the outsiders who rallied to them, notably Saudi Arabia and Qatar, hardly stood as models of freedom and elected government. Syrian activists at first demanded reforms within the system and later a change of leadership without destroying, as the U.S. had done in Iraq, the state itself. The sheikhs of Riyadh and Doha, however, wanted to replace Bashar al-Assad with someone from the majority Sunni community who would enforce a style of dictatorship closer to their own Wahhabi beliefs and hostile to Iran.

By mid-2012, Phillips writes, the opposition was divided into no fewer than 3,250 armed companies. All attempts at unifying them failed, in part because local warlords sought loot rather than national victory and the outsiders refused to coordinate their policies. The traditional invaders of the Mideast — Britain, France, and the U.S. — became, in Phillips’s words, “prisoners of their own rhetoric.” Phillips accuses the U.S. of a “significant historical knowledge gap on Syria” and brands as “inexcusable” Obama’s reticence to consider contingency plans when his belief in Assad’s imminent demise did not come to fruition. Saudi Arabia, in Phillips’s view, overestimated the rebels’ strength while underestimating Assad’s. Saudi Arabia was not alone in that miscalculation. Yet, Phillips argues, Obama resisted the arguments of those, like Hillary Clinton, urging direct American military action even at the risk of war with Russia.

Whenever Assad’s back is against the wall, Russia and Iran pitch in with more help. When the rebels retreat, Saudi Arabia, Qatar, and Turkey send more fighters and weapons. If Hillary Clinton becomes commander in chief on January 20, 2017, her promise of an American-patrolled no-fly zone will lead to direct confrontation between Russian and American warplanes and draw the U.S. deeper into a war that Phillips believes Obama was right to avoid. She should read this book first. 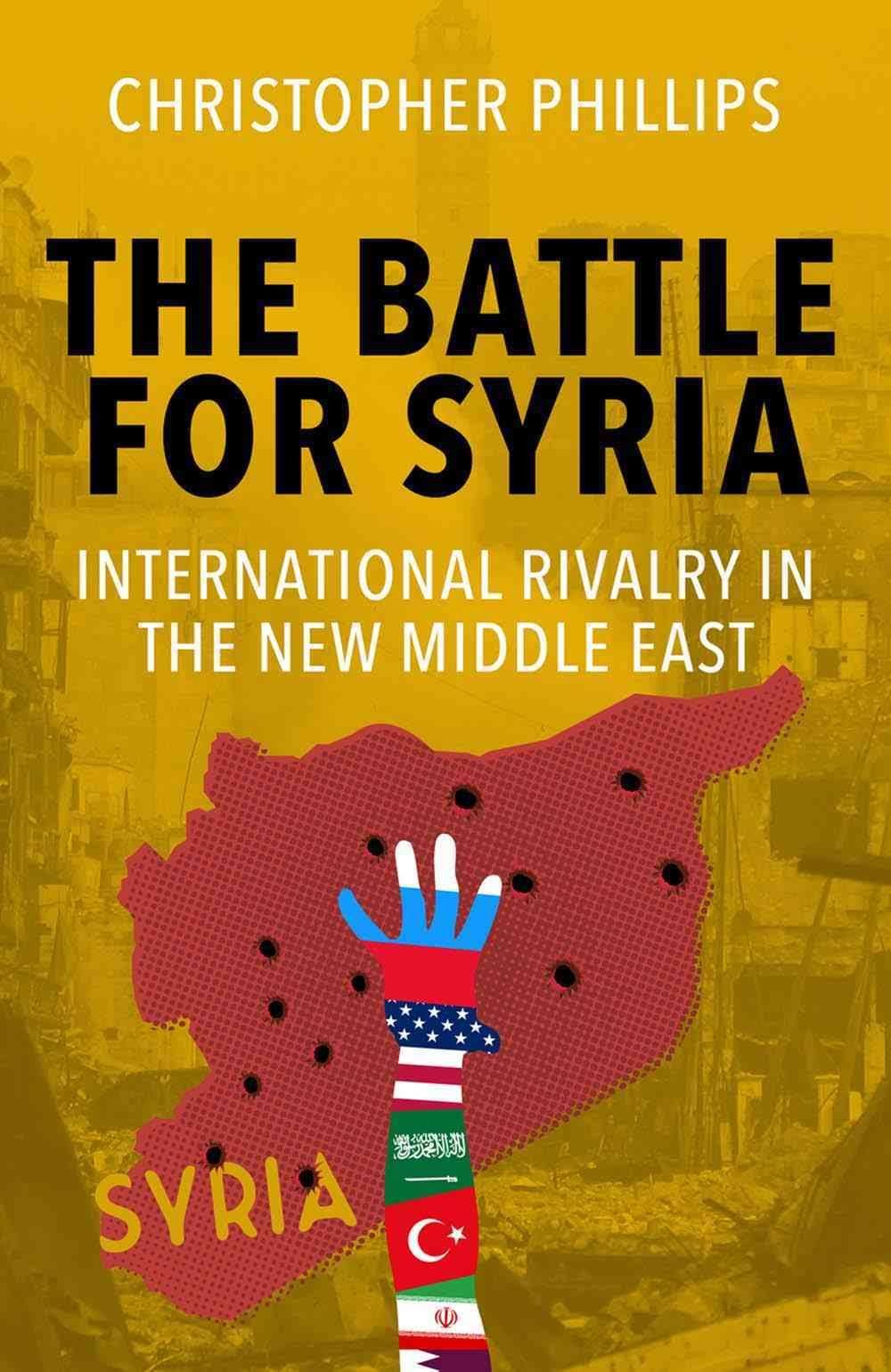 Christopher Philipps’s “The Battle for Syria: International Rivalry in the New Middle East,” an analysis of the factors fueling the Syrian civil war.